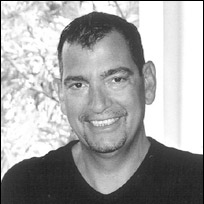 Thank you for your continuing support …

Michael A. Tye, was my brother.  He was a businessman, humanitarian, bicyclist, runner, friend, son, and above all a concerned citizen.

One of the last gifts Michael left on this earth was to help create, organize and name a charity bicycle ride where 100% of the money raised went to AIDS prevention, treatment and care.

Although Michael never lived to see his dream a reality…IT IS!!!!

It is hard to believe that through Michael’s vision; and countless concerned volunteers efforts: THE HARBOR TO THE BAY AIDS CHARITY BIKE RIDE is now 15 years old

The 68 or 125 mile, fully supported, one day bike ride starts in Boston and finishes in Provincetown…but the ride is still only the beginning…the real finish line is Michael’s and all of humanities hopeful vision … a world without HIV/AIDS!

THE HARBOR TO THE BAY ride will continue to raise funds and awareness UNTIL A CURE.

Funds raised through the ride and related activities; are earmarked 100% to the beneficiaries to help educate, treat and care for those affected by HIV/AIDS.

It is absolutely incredible how this ride started…and where it is now…15 years later.

We Ride with pride…

A Heartfelt “Thank you”,

Harbor to the Bay

Harbor to the Bay is an Equal Opportunity Organization. All are welcome to participate without regard to race, color, religion, sex, sexual orientation, gender identification and expression, national origin, citizenship, age, HIV Status, marital or veteran status, disability or any additional characteristics protected by law.